Same features as the Wasabi Distortion above, except engineered to emulate the tone of an overdriven tube amp. Again, it’s actually two pedals in one – a lead boost and an overdrive pedal, each with a large on/off switch and corresponding large LED indicator on the “tail fins” of the pedal. Controls are Level which controls the volume going to your amp, 5-way rotary with preset EQ settings, Overdrive which controls how clean/dirty you want your sound, Tone control, and Mix which controls the blend of straight signal with the overdriven signal – which is pretty cool and can make it sound like a clean guitar and a distorted guitar playing in unison. On the front panel there is also a switch for “humbucker” or “single” coil pickups as well as a boost level switch for +5 or +10dB. The Wasabi line are full-sized pedals, built for the stage with a heavy die-cast housing that will take a lot of abuse. There are a lot of cool tones in this pedal and almost too much versatility, but once you find your favorite tone, you’ll probably just keep it set there 90% of the time. The boost control is a nice feature so even if you’re running with Overdrive on, when you need to kick into a lead, your signal will jump 5 or 10dB – plenty to make you jump out of the mix. Like all Dano products, a modest list price of $129 and selling in stores for $99, but I have them new in the box for $59 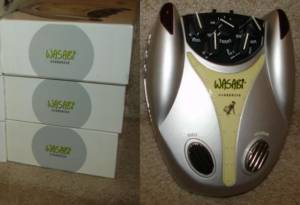 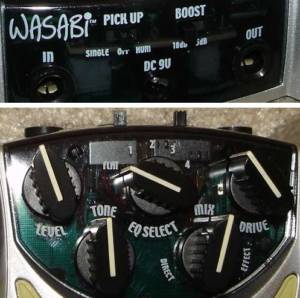 Be the first to review “Danelectro Wasabi Overdrive” Cancel reply 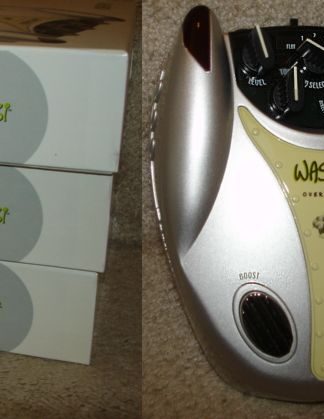 You're viewing: Danelectro Wasabi Overdrive $59.00
Add to cart
Brought to you by WisdmLabs: WordPress Development Experts